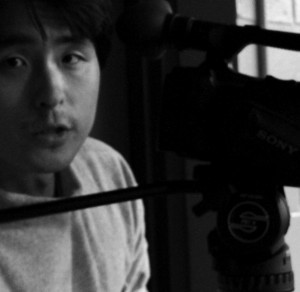 Bio:   Highly-productive/creative filmmaker with years of visual storytelling experiences since 2012 in filming, editing, directing and producing films and videos, in Osaka, Japan. Have a wide range of experiences that demonstrates wit and solidness in all stages of productions from scratch to screening, from films, ENG, documentaries, corporate videos, and commercials.

After graduating from an American university in 2011, he returned to Japan and launched DFS Productions, a video production business for foreign companies, based in Osaka. While the majority of his peers in the industry are foreigners living in Japan who do not speak Japanese, DFS has the advantage of being able to communicate directly with both Japanese and English-speaking companies in Japan and abroad, and has continued to grow to this day by leveraging this strength. DFS has worked on a wide range of projects in the past, including commercials, corporate, journalism, and documentaries, and its scope of work ranges from cinematography to production assistance such as fixer service,  and in recent years, complete production package and directing.

As a filmmaker, he is of the hybrid generation, having studied both today's digital cinema, which began with the release of the Canon 5DMKII in the late 2000s, and earlier film cinema. At least in the hierarchy of individual filmmakers, which is different from the studio scale, the digital cinema generation is characterized by major changes and technological innovations in cinematography, lighting, editing, sound, and mise-en-scène, and they are the generation that has glimpsed, experienced, and learned from these changes. It goes without saying that digital technology has made it possible for a small number of people to produce images with lighter equipment, higher specifications, and lower production costs, and he himself has adapted his skills to these production styles. For example, in the area of cinematography, he has experienced the flexibility of adjusting the "look" of color and contrast with the advancement of digital technology, higher resolution, slow motion, time lapse, and the diversification of camerawork with the evolution of supporting equipment such as gimbals, drones, and action cameras. In the digitalization of editing, he has been familiar with non-linear editing from the initial stages of acquiring the technology, and has mastered the technique of telling a unified meaning through a montage of short, consecutive shots, as seen in The Kikuichi Story trilogy. Unlike the film era, when much of the work of recording and processing was left to specialists, the digitization of sound has made it possible for filmmakers to perform all the processes themselves, except for composing music. The recent prosperity of royalty-free sound source sites has made it possible to create new background music and sound effects through mixing. In mise-en-scène, various visual effects can now be applied, and things can be added that were not there originally, and things can be removed that were there previously. He has experience and knowledge in all of these areas, and the comprehensive filmmaking skills he has developed over a career spanning more than a decade are reflected throughout his body of work today.

The following videos are some of Hotaka's works where he was in charge of director and cinematographer.  If you have any questions, please contact us and let us know your project. 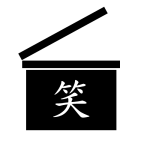