We divide drone services into two parts as follow and the total estimation will be the sum of these two:

This includes a drone and operator with the national permission. DFS can operate DJI's Inspire 2, Phantom 4 Pro, and Mavic Pro.  The default number of batteries are four. According to given flight plans, additional batteries may be required. The following numbers of days are consecutive.

*if planing in advance to shoot is required, we add US$300/day for as a pre-production.

The Japanese law forces certain types of flights to have supporting crew to keep a close watch(es) on flying drones.  If your expected flight is it, we will bring additional crew.  The additional crew will be equipped with a monitoring sysytem (binoculars, tranceivers, a surveilance camera(s), and/or video assist(s)).

It is rarely possible to fly without additional approvals from appropriate party(s) to pubric administraions. We have to take these approvals in advance to flying. In any case, what is important is time.  These parties including privates require at least two to three weeks for processing of approval to let us fly on their lands. The public parks in Osaka, for example, will require at least a month to answer if or not we can fly above the parks (and still not promised if we can fly). We won't recommend you to fly above public parks in Osaka anyway as long as you have to fly above them at any cost. Again, if you'd like to fly and shooting with drone in Japan, you will start to move well ahead of time.

We are experienced and know where we can fly. You can see beautiful drone shots in the city from our reel. We know which authorities we have to ask. First, we'd like to hear which part(s) you'd like to fly with drone or what your subject is (are). If you'd like to shoot wide shots of Osaka city, we recommend multiple places. If you'd like to shoot Osaka's downtown very closely, we also recommend locations. We also have good spots where we can shoot Osaka castle very closely. Like this, if you have ideas what you want to shoot, we'll give you suggestions.

If you just fly above a private land whose owner is your client or yourself, we won't need much time to arrange flight. Otherwise, we will must do elaborate paper works to get permissions.

Drone Operations in Japan | Can you fly or not?

DFS has a national permission to fly with a drone in Japan. We are well-experienced with local flights and can arrange flights in urban ares that had seemed impossible before. 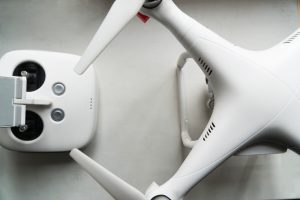 If you's like to fly drones in Japan without infringing any local law, the easiest way to do this is to hire a drone operator with equipment locally. There are many reasons why it is (which we will explain the basics). But the final answer is: It is hardly possible for drone operators who temporally come to Japan from foreign countries to fly their drones in both Japan's restricted areas and non-restricted areas.

No, You cannot Just come and Fly with your Drone

First, you cannot fly in Japan's restricted area, where literally includes all urban districts including Tokyo, Osaka, and many other big cities in Japan, without an appropriate but basic permission from Japanese Government. This permission is given to an individual operator and specific drone body including serial numbers. It takes time to get this permission from abroad and this means it costs you more money.

Next, this national permission itself won't give the drone operators opportunities for free flying wherever they want without argument. There are local and relating laws to prohibit drone operations inside the cities. To make long story short, you cannot fly in cities even if you got the national permission. You must clear all other elements to fly legally. This means you must hire a fixer or appropriate personnel locally to arrange your flight safely.

Third, Japan's Radio Act prohibits to use specific frequencies that are used for other purposes. Drones sold in Japan are established based on an approved frequency but drones sold foreign countries often use different frequencies. To clear this problem, you must have a special permission from government. This means it takes time and money again. The second and this third restriction also make hard to fly even in unrestricted areas in Japan.

Consequently, it is highly recommended to hire a drone operator with equipment locally.